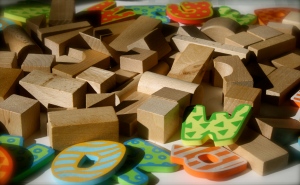 I recently became a fan of Rob Reiner.  No, it is not for his work on The Princess Bride (although I must say, “wuv tru wuv”).  I became a fan when I learned that he is a major advocate for early childhood development and helped to create First 5 California, a program that now provides critical services to young children.  And, then, I learned, he turned his energies toward making preschool available for all California children.  He backed Proposition 82 in 2006, a ballot initiative that would have provided access to free, voluntary, half-day preschool for all 4 year olds in California.    Some say the bill was well designed, some say flawed.  Reiner took an incredible amount of heat for backing the bill, was forced to resign his position on the First 5 board, and the bill failed miserably at the polls.  What?  Well, it turns out that preschool is surprisingly controversial. END_OF_DOCUMENT_TOKEN_TO_BE_REPLACED